5 Best Pokemon Games Ever Made 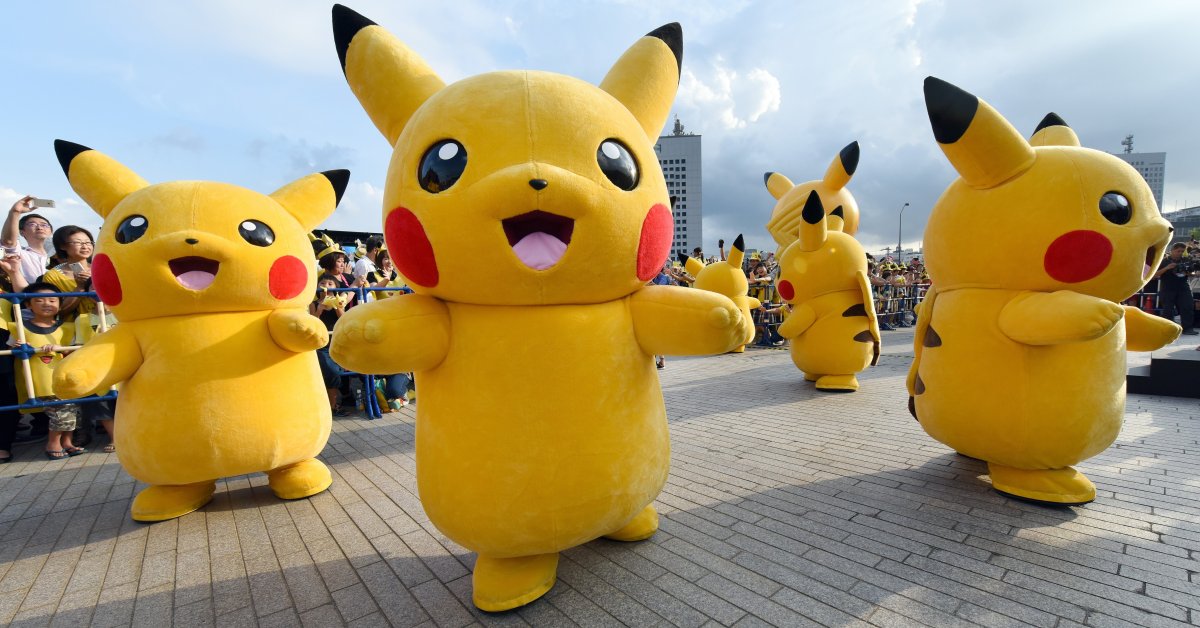 On February 27, 1996, Pokemon first appeared on the shelves of Japanese stores. Players could inhabit a world teeming with animal-like creatures with seemingly magical powers, battling and capturing them to use in battle. When the Nintendo Game Boy title arrived on American shores two years later, it sparked a phenomenon that dominated elementary school cafeterias across the country. (And eventually spawned a TIME magazine cover.) A media empire quickly grew, resulting in a television show, feature films, a trading card game, and more than a dozen other video games.

Nintendo announced new titles in the series on February 26 during a live presentation in line.

To celebrate Pokemon 20th anniversary, here are our favorite games from the ongoing series.

These are the games that started it all. It was basically the same game, except some Pokemon were exclusive to one version or the other. It was a clever way to get kids to connect their Game Boys and trade with each other. I had Blue, and it was the first video game I was completely obsessed with. I have a painful memory of a distant relative accidentally erasing a backup file that I probably put hundreds of hours into. He didn’t know any better but I was inconsolable. Thank goodness for modern game saves.

Pokemon Blue is the first video game I remember being addicted to. Few things were more exciting to me as a kid than catching a rare Pokemon like Articuno or Zapdos. What’s most impressive about these games is that they hold up even 20 years later. Nintendo continued to release new Pokemon games for its handheld consoles that revolved around the same idea: capturing Pokemon, training them, and traveling to different regions to defeat bosses (called Gym Leaders in the Pokemon world). As a kid, the only reason I had a Game Boy Color was to play Pokemon Blue. It hasn’t changed much; the main reason I bought a Nintendo 3DS was to be able to play Pokémon X, Pokémon Y, and all the titles to come.

The star of the TV series was Pikachu, a yellow mouse-like Pokémon that could shoot electricity from its cheeks for some reason. But Pikachu was a fairly minor character in Red and Blue. Yellow was basically the same game but it made Pikachu the star; it would follow your character around the game instead of staying encased in a Pokeball like other Pokemon would. (Thinking back, those games were weird.)

Pikachu was the face of Pokemon once the TV show became a smash hit, so it only made sense to make it a bigger part of the games. The basic premise of Pokemon Red, Blue, and Yellow is exactly the same, so as a child I remember not paying attention to Red since I already had Blue. But I had to get Yellow, just because of Pikachu. It was a brilliant way to get fans to play what is essentially the same game twice, and it was a lot of fun.

Alexander: It was the first Pokemon game that really brought the series to a console system, rendering all of your hard-earned monsters in beautiful 64-bit graphics on the N64. It basically used the same turn-based combat system in the Game Boy games, but it looked much better. And the ability to transfer your Game Boy Pokemon to the N64 was nice.

Lisa: Pokemon Stadium was the game Pokemon fans were hoping for at that time. Game Boy titles were simple and addictive, but Pokemon Stadium was epic. It was the first time fans had a full-screen experience while playing Pokemon, and it gave you more incentive to level up your characters in Game Boy games.

Alexander: It was a wonderfully weird game that I think is underrated for the way it showed Nintendo’s willingness to experiment with non-traditional ideas. Instead of capturing Pokémon to add to your battle armada, Instantaneous Put yourself in the role of the Pokemon wildlife photographer. He was an on-rails shooter, but your weapon was a camera. But the best part was a deal with Blockbuster (remember that?) that let you bring your flashcards to the rental store to have your photos developed in-game. I’m pretty sure my parents’ fridge was covered in Charizard photos for a while.

Lisa: Pokemon Snap was great because it took the basic premise of what made the original games so enjoyable (find Pokemon and capture them) and presented it in a new and interesting way. It also embodied the idea of ​​exploring like the original games, as each level took the photographer to a different world filled with new types of Pokémon.

A crowd watches Japanese boys play a tight game in Tokyo August 04, 1999 as they compete in a Pokemon (Pocket Monster) card game tournament.

Alexander: Ok, it wasn’t a video game, of course. But I’ve played it so much that I couldn’t remove it from the list. I’m pretty sure if I still had all the money my parents spent on me on Pokemon cards, I could have retired by now. It’s time to confess my secret shame: I played in a weekly league (I didn’t have many friends in college) and one year I was invited to the national championships. I bombed, but the guy who did the Blastoise art signed my card, which I have to this day.

Lisa: I have to be honest here: I never really enjoyed playing the Pokemon Trading Card Game. But I didn’t need to play it to enjoy it. I was always obsessed with collecting as many cards as possible and trading them with friends. It was yet another way for fans to bring elements of the game and the TV show into real life by collecting Pokemon and adding them to their own type of Pokédex, a handheld used in the games. to keep inventory of all the Pokemon you’ve seen.

Update: Pokémon Go, a new augmented reality game that lets players catch Pokémon in their real world, is taking the world by storm just days after its release. While it’s too early to tell if Go will be a lasting hit, early indications are that it could make it onto this list in the future.