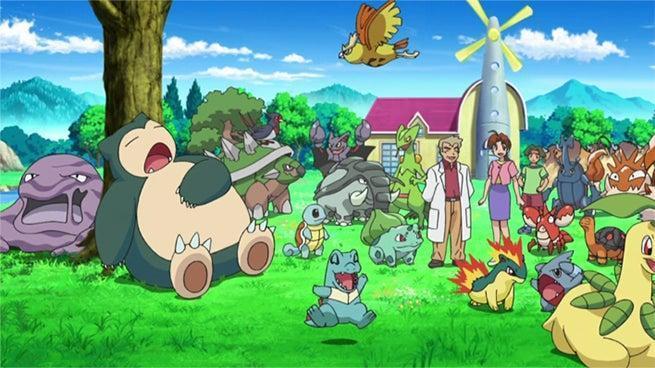 Ash and Pikachu will reunite with some of the Pokemon most iconic characters of the series in the next episode of Pokemon the series: Sun and Moon.

If you’ve been waiting for a dose of nostalgia, you’ll be sure to get your fix on November 25 when the next pair of Pokemon the episodes are broadcast. Ash and his friends, dressed in their Alola gear, return to Ash’s hometown of Kanto. Of course, he will have to meet family members, fellow adventurers, and maybe even enemies on his brief trip home.

â€œIt’s a welcome blast from the past as we see Ash reunite with Professor Oak, his mother, and some of his old PokÃ©mon friends,â€ one said. Overview of the next episodes reads. “His former travel companions, Misty and Brock, are posing as special guests. Of course Team Rocket is there to cause trouble for the Twerps as well.”

With Ash returning to Kanto with new PokÃ©mon and friends, it raises some questions about how Ash’s new companions will interact with older characters like Professor Oak and Ash’s mother. Although viewers who follow variations of some PokÃ©mon and their Alolan counterparts, the characters in Pokemon the series: Sun and Moon and their respective PokÃ©mon are not as informed. For many of them, this will be the first time they can meet some of these PokÃ©mon from the Kanto region.

“Can a Kanto Marowak befriend an Alolan Marowak?” the preview of upcoming episodes continued. â€œHow small will Exeggutor feel next to his counterpart Alolan? “

It remains to be seen how Ash will react to his return to his home region after his travels, but the reaction from his friends and their PokÃ©mon certainly seems just as entertaining. To see how it all plays out completely, you’ll have to watch the next two episodes. The first, “Alola, Kanto!” airs on Disney XD on November 25 at 9:30 am, and the very eventful sounding second called “When Regions Collide!” concurrently airing on December 2.