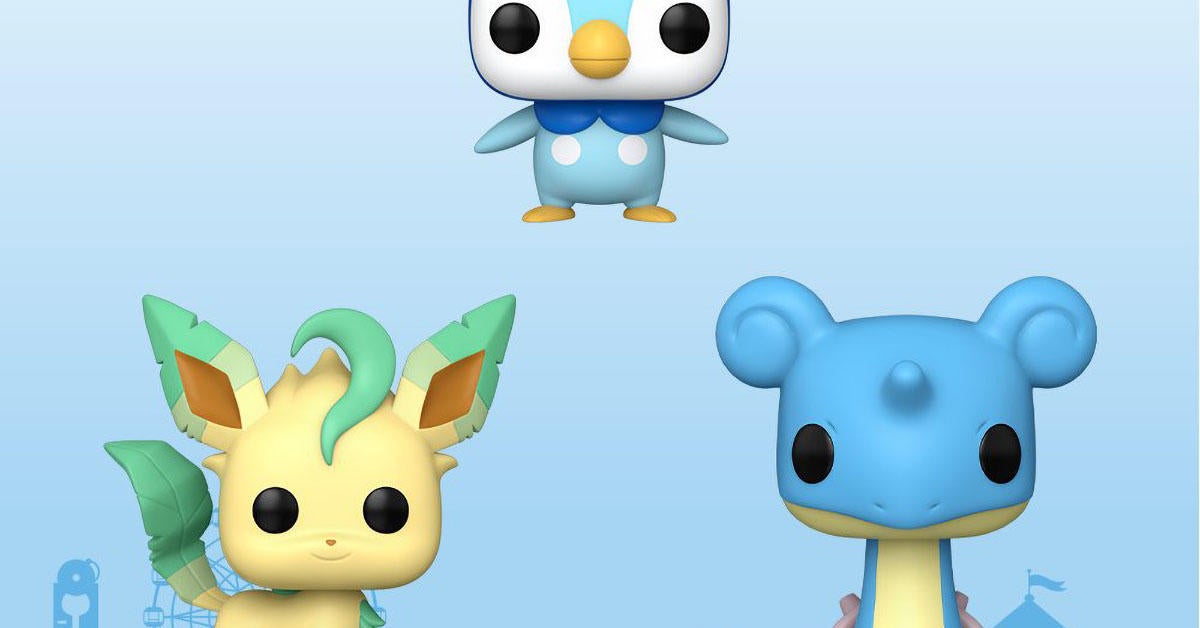 Each product has been independently selected by our editorial team. We may receive commissions from certain product links on this page. Promotions are subject to availability and retailer terms.

Today is the last day of Funko Fair 2022, and they’ve saved some of the best releases for last. That’s definitely true if you’ve collected Pokemon Funko Pops, because wave 10 is now live! The range includes Lapras, Leafeon and Piplup. Pre-orders are live here at Entertainment Earth now. You can also get the collection with a protector here at Walmart. A Jumbo Lapras exclusive can also be found here at Target.

Wave 10 of Funko’s Pokemon lineup comes after the launch of Wave 9 earlier this month as part of the festivities surrounding the launch of Pokemon Legends: Arceus. Pokemon Wave 9 Funko Pop figures include Sylveon, Lucario, and Alakazam, and pre-orders are live here on Entertainment Earth and here on Amazon now. You can also get the Wave here at Walmart in a complete set with a protective case. It’s nice to see that Funko is finally starting to dig deeper into Pokemon Pops, as opposed to their basic strategy of releasing endless variations of previously released figures.

As mentioned, the new wave Pokemon Funko Pop was released as part of the Funko Fair 2022 event, which runs from February 15 to February 18. You can keep an eye out for all the new Pop figure pre-orders from the event here via our main Funko Fair listing.

As for Pokemon Legends: Arceus, you can pick up a copy of the game here on Amazon. A synopsis of the game is available below.

“Get ready for a grand new kind of Pokémon adventure in Pokémon Legends: Arceus, an all-new game from Game Freak that blends action and exploration with the RPG roots of the Pokémon series. Explore wild expanses to catch Pokémon as you learn their behavior, sneaking around and throwing a well-aimed Poké Ball. You can also throw the Poké Ball containing your ally Pokémon near a wild Pokémon to enter battle seamlessly. This new angle on Pokémon gameplay will provide an immersive experience and personal animated by both Pokémon and humans.”