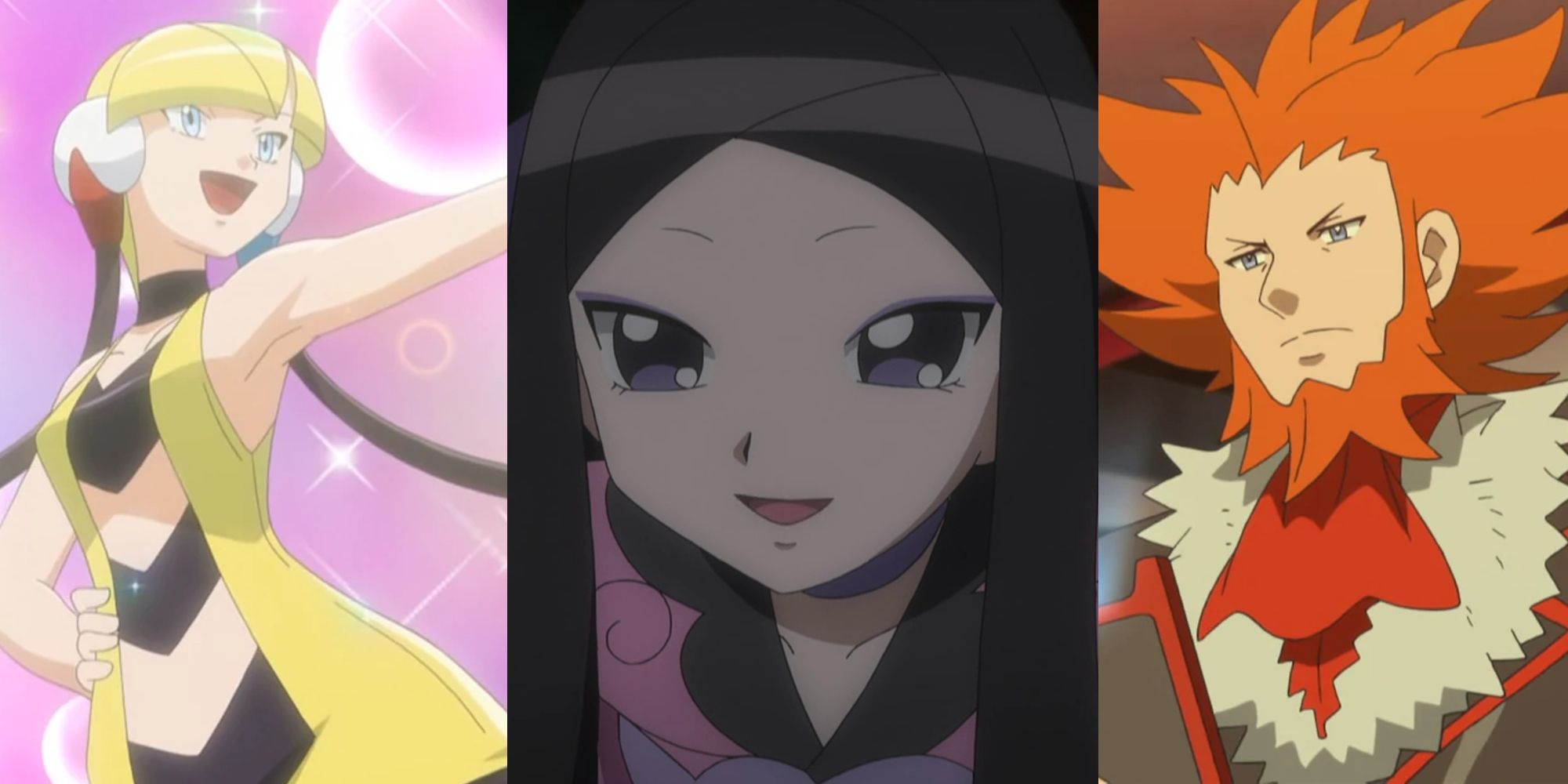 In the world of Pokemon, fashion is almost as important as strength. Over the years, many uniquely designed characters have appeared in multiple games and generations. Often these characters dress in a way that echoes the Pokémon they have chosen to battle, such as region-specific Gym Leaders.

RELATED: The Perfect Pokémon Partner For Every Main Character In Stranger Things

In most cases, these aesthetic choices in service of a trainer’s theme or appearance can make the average real-world person scratch their heads. It is rare to see such a commitment to his craft outside of the often absurd world of Pokemon. These characters from all games have the most confusing costume choices.

Lots of Gym Leaders in the original games, pokemon red and blue, have reasonable costume choices: Lt. Surge dresses in camouflage, while Misty sports a fashionable swimsuit. However, a confusing outfit comes with Koga, the leader of Fuchsia City’s Poison-type gymnasium.

Throughout his in-game appearances, Koga wears a ninja outfit. This is most common in Pokémon Let’s Go Pikachu and Eevee, where he dons a mask over his face. Although Koga is a ninjutsu practitioner, it doesn’t make much sense for him to wear this anonymous outfit when publicly serving as the leader of Kanto Gym.

Winona is the flying-type gym manager in Hoenn’s Fortree City. As an aviator, Winona dresses for the role: she wears a helmet with goggles, and her clothes are even designed to be streamlined around the feet. Although these outfit choices are not useful for business.

In games and anime, Winona is often associated with a Skarmory. According to Pokedex entries, Skarmory can fly over 180 mph, which means Winona’s aerodynamic clothing won’t save her from the effects of acceleration. It also doesn’t help that the Fortree Gym is an indoor arena, which makes Winona’s clothes more useless in combat.

For Elesa, fashion is her whole personality. The character is a model, serving as the leader of the Nimbasa City Gymnasium in her spare time. However, even compared to other Gym Leaders, Elesa certainly makes fashion a priority, dressing in what doesn’t seem like the most comfortable outfit for high-stakes Pokemon battles.

RELATED: Pokemon: Things We Hope To See In Gen 5 Remakes

Her outfit is also accentuated by the inclusion of headphones, which she wears both Pokemon Black & White and its sequel, Black 2 & White 2. We don’t know what these headphones are for, but we can imagine them as a distraction during gym battles. Hopefully that means the trainer finds her an easier fight than most.

Pokemon X and Y introduced the Fairy type to the series, with a collection of new and old Pokémon suited for change. With this new guy came a new Gym Leader for the Kalos region: Valerie. Players will encounter this Fairy-type specialist in Laverre City, where they will find her dressed in an interesting array of outfits.

Valerie is often seen wearing fake fairy wings attached to her blouse, which makes her hands almost impossible to see. Although she does this to more closely identify with her partner Pokemon, it only raises questions about her participation in battle. Can she throw Poke Balls properly with her hands hidden under those wings?

In addition, Pokemon X and Y features an all-new villainous team that players encounter in Team Flare. Their leader is Lysander, who appears throughout the game and offers the player a chance to join his quest to create a beautiful world. However, Lysander doesn’t reveal his involvement with Team Flare until much later in the game.

Still, it’s hard not to predict Lysander’s involvement with the malevolent group, considering he has bright red hair to match their color scheme. It spins that heel at the end of X and YThe main story is less surprising than it should be. Luckily, the anime doesn’t waste much time showing Lysander as a force for evil.

The seventh generation games are set in the Alola region, closely modeled after the US state of Hawaii. Although the region features its fair share of snow-capped mountains and rugged terrain, it is mostly a tropical place. Gladion’s choice to wear an all-black hoodie and pants means he’s probably experiencing a lot of heat in the area.

Two of the most ridiculous characters of all Pokemon franchise are Sordward & Shielbert, who appear as antagonists during the postgame of Pokémon Sword and Shield, respectively. The names and appearances of both mirror each game’s titles: Sordward has sword-like hair, while Shielbert’s is shield-based.

While these designs clearly distinguish which game either brother appears in, they’re practically confusing. One can imagine Sordward needing to squat every time he enters a room unless his hair is touching the top of the door. Their striking blue and red tuxedos also make them stand out significantly in the crowd.

This character appears in the ancient region of Hisui in Pokemon Legends: Arceus. She is an expert on Hisian legend, spending her days living in the old retreat. However, compared to other Hisui characters, her outfit is quite confusing, as the all-black robe reflects Victorian England rather than ancient Japan.

It’s also quite strange that a character dressed like this lives in a remote place in the desert like the old retreat. One would expect her outfit to be more suited to wildlife survival. However, maybe this just shows what kind of character Cogita is, perhaps rubbing off on her possibly descendant, Cynthia.