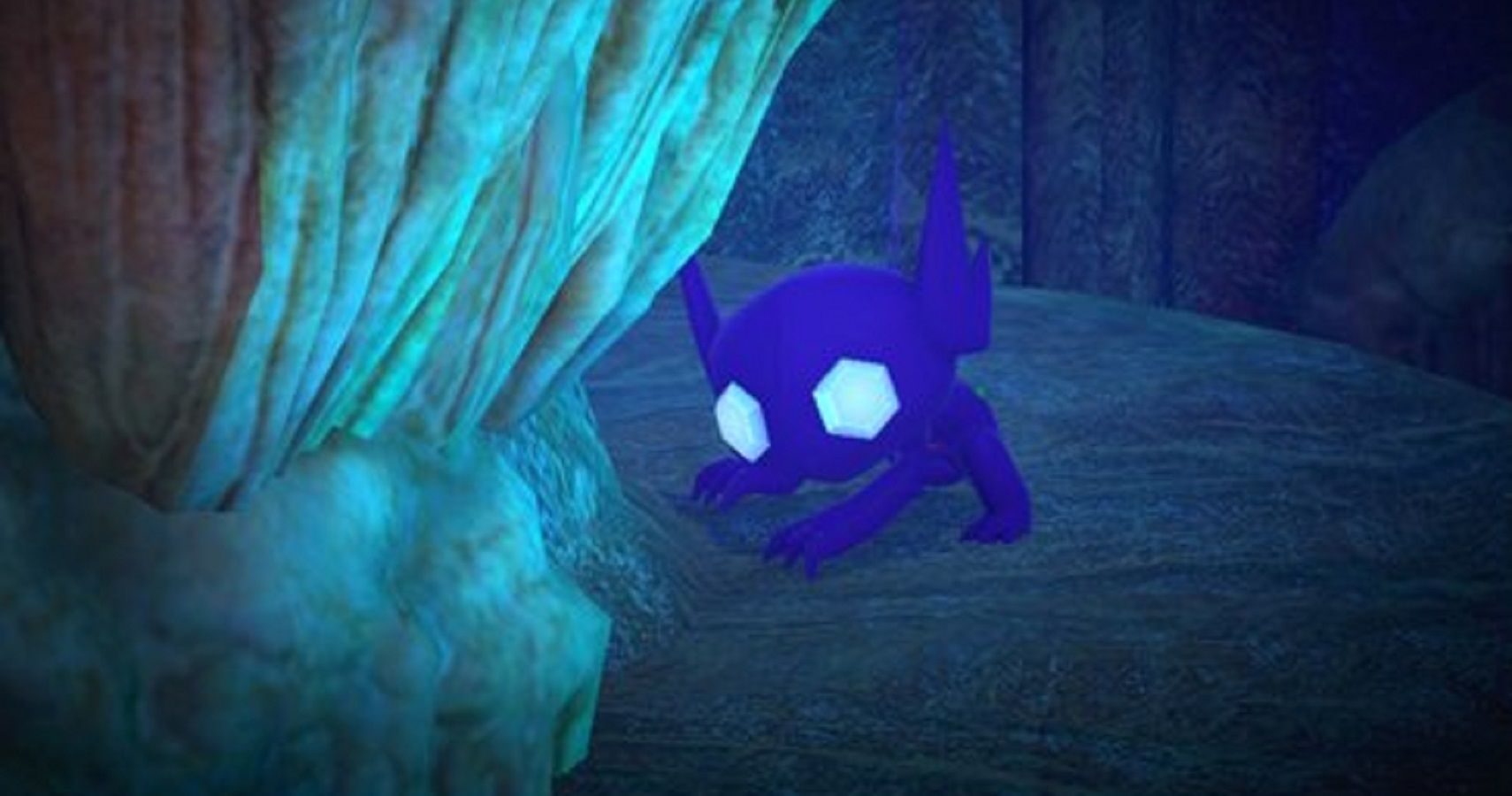 Caves have been a staple of Pokemon from the very beginning. There are several caves in Pokemon Red & Blue, and there they serve a purpose. While the rest of the game is bright and vibrant – as bright and vibrant as handheld games could be in 1996 – the caves are dark and mysterious. They introduce a new biome to the game, with plenty of Rock and Ground PokÃ©mon, as well as creatures you’d expect to inhabit in the shadows, like Zubat. They also help add greater depth to the narrative – you don’t just wander from town to town being good at PokÃ©mon and the like, you are a serious adventurer on a dangerous quest. In Red & Blue, caves reign supreme.

You meet Team Rocket at Mt Moon (it’s Jessie & James in yellow), solve puzzles, get a cool fossil PokÃ©mon, and even meet Articuno, Moltres, and Mewtwo in three separate caves. The only problem is, these caves are a bit too beautiful, because now PokÃ©mon games are stuck in a rut, and they need an escape rope to get out of it.

Let’s take a look at the cave in Sword & Shield. I don’t even want to call it a cave, it looks more like one of those plastic caves you see in town squares at Christmas. Just a lumpy, soulless gray structure with some shadows. There are no puzzles in the cave of Sword & Shield – there is nothing important at all. There are a few hopelessly uninteresting PokÃ©mon (plus Shellos, I guess) that will interfere with your short, boring linear journey from side to side. You’ll have a generic Team Yell encounter and run into Bede, but not much is happening. The mine shaft is a little more exciting, but even then it’s hardly revolutionary.

Sword & Shield’s caves are more beautiful than ever, I guess, but that’s because this is the first time the main games have been on the Switch – it’s a given that the graphics are going to be better. And to be honest, it works against caves. Originally, these were the most visually distinct areas of Pokemon, offering a substantial difference from grassy roads or urbanized cities. On the Switch, each zone comes to life. There is color and 3D space and memory capacity to make each location visually distinct. Even just inside the wilderness, there are huge aesthetic changes between biomes. The cave is still just a cave – and that is no longer enough.

This is where New Pokemon Snap comes in. As much as I love the game, I don’t think the places are so inspired. A snowy level, a jungle level, a forest level – this is pretty standard for nature photography. Even though the settings are predictable, the game twists them to the last drop. In classic PokÃ©mon games, the creatures in each zone are there because they’re loosely related to the theme, or because their stats make them suitable for this fairly linear stage of your journey. The new Pokemon Snap is a lot more thoughtful, and that’s why we’re seeing Pokemon actually participating in the world. We see Arbok sleeping in a tree, Pinsir and Heracross fighting, and Gardevoir frolicking in the snow. Each PokÃ©mon reacts to the world and to each other, and while the settings alone don’t seem very interesting, they become one of the most entertaining and fascinating areas PokÃ©mon has ever hosted.

That’s why Outaway Cave should be the new benchmark. It’s just a cave, and without the Pokemon in it, there is nothing that separates it from other caves in Pokemon history. It’s dark, there are a few straight roads, you choose which direction you want to go and go out on the other side. No puzzles, no myths, nothing that makes Outaway particularly visually spectacular. It’s the PokÃ©mon that make it special, and that’s what the main games need to understand.

We see Gengar come out of the portals to scare unwitting PokÃ©mon, and Croagunk angrily throw a stone at him. Some Clefairy is floating in a carefree breeze, and Mawile won’t calm down enough to let you pass until you summon Diancie. PokÃ©mon actively participate in the world, and that’s what makes the cave spectacular. The same could be said of every New Pokemon Snap route, but the series has had a cave issue for some time now, so going forward, Outaway seems to be the most important. The new Pokemon Snap feels like a punch for a franchise that has long been accused of complacency – I hope the series learns from it.

Nexomon is out now, and it’s definitely not Pokemon inspired

Nexomon! Must acquire them all!

Stacey Henley is the editor-in-chief of TheGamer and can often be found traveling to Earth’s Edge, but only in video games. Find her on Twitter @FiveTacey