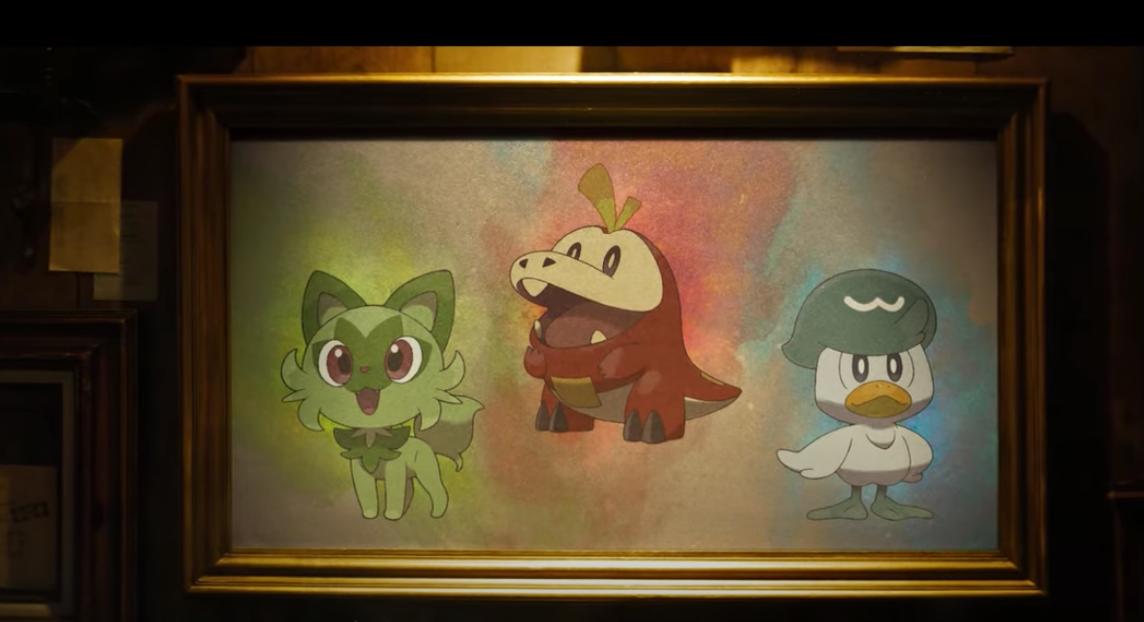 The Pokemon Company has announced Pokemon Scarlet and Violet, new Pokemon games that officially introduce players to a whole new region and serve to launch a whole new generation of Pokemon games. The games were announced at the end of today’s Pokemon Presents. Few details about the game have been provided other than that it will be set in a new region and feature new starter Pokémon (see below). The new games will be released at the end of 2022.

While fans have argued over what constitutes a new “generation” of Pokemon games, the generally accepted description is that a new generation is started when a Pokemon game introduces a whole new region. While Pokemon Legends: Arceus introduces players to the Hisui region, this region is technically just a version of the Sinnoh region from an earlier era instead of a brand new Pokemon game.

It looks like the new Pokemon games are a throwback to the “classic” style of the Pokemon game most recently seen in Pokémon Sword and Shield, with turn-based battles on a separate screen from the world map players explore. This Pokemon play style has been refined from pokemon red and blue all the way to Pokémon Sword and Shield with various improvements added like Pokemon appearing on the world map and freer roaming experience with large wild areas. Pokemon Shiny Diamond and Shiny Pearl featured a more retro take on the Pokemon game formula with its return to chibi-style graphics reminiscent of the original pixel art and use of a grid map design. Pokemon Legends: Arceus completely broke the mold with a more open world system that emphasized stealth and exploration over repetitive combat.

Pokemon scarlet and violet will be released later this year.