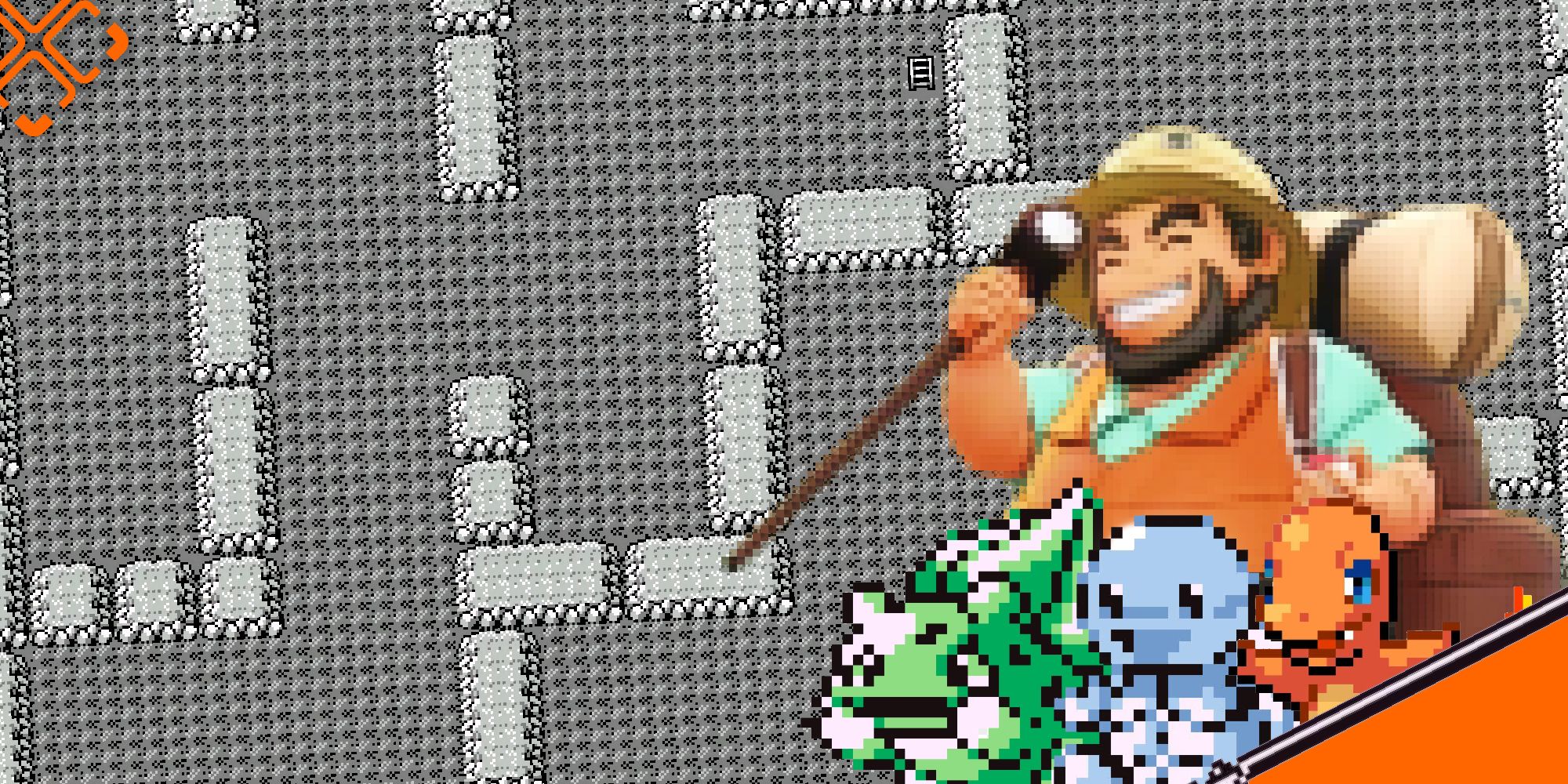 Oh, how I love a good Pokémon cave. I’ve written before about my distaste for modern Pokemon caves, what were once labyrinthine passageways of shadow and wonder are now just roads, but with a bit of rock above. Modern Pokemon caves are like Santa’s cave – you go in, get a present (a Zubat, thanks grandma) and leave. But in the good old days, caves meant something, man. This week, on my journey through the indomitable world of Kanto, I reach the Rock Tunnel. Honey I’m home.

Welcome to my journey, returning trainers. And newcomers welcome for the first time. Over the past few months, I’ve been slowly going through Kanto, step by step, chronicling my journey – you can catch up on any episodes you might have missed here. It’s not about battles, nor victory, but about discovering the old sport. About immersing myself in this country in which we all felt so free, so lost. While the past week has been full of battles and reminded me of the importance of interacting with NPCs, my time in Kanto is all about the places I discover. This time I push into the mighty fortress of Rock Tunnel.

Related: Pokemon Go’s Kecleon Will Never Be Worth The Wait

The Rock Tunnel isn’t a maze, though it’s complex enough that you’ll need to use Flash to navigate through it. I’ve explored Mt. Moon before, and while it took me up and down, up and down, around the twist, the Rock Tunnel doesn’t confuse you. No, that confused you instead with its size. The Rock Tunnel is a powerful specimen of the power of nature and the trust Pokemon had in its players. These days, even though Pokemon has a lot more technological power, it’s too wedded to the idea that any game could be someone’s first game, and so every experience is diluted and wasted. Surprising a player, challenging a player – these are ideas too close to frustration, and Pokemon wants its players to never feel frustrated, even positively, for a single second.

This forgets, of course, that it was Pokemon Red & Blue that made Pokemon the phenomenon it is. It was everyone’s first Pokémon game, full of sprawling caves, hidden pathways, legendaries that disappear if you don’t catch them the first time, and that incredibly boring (but so rewarding) floor puzzle in the hideout. from Team Rocket. Maybe I’ll see it in a new light when I catch up with it, but despite being surprised, challenged, and (yes!) frustrated by it, it’s still a Kanto highlight.

Return to the rock tunnel. It’s not even difficult, there’s a simple path to a ladder, another path to another ladder, and then a path to the exit. And all the Zubats you can crush along the way. There’s nothing here to stop gamers in their tracks, it’s just big enough to demand your attention. Modern Pokemon games are defined by a sense of cowardice, too scared of anyone, anyone, getting annoyed with the level design, so it becomes as flat and safe as possible. Rock Tunnel isn’t a puzzle, but it looks like the Outaway Cave from New Pokemon Snap – a place I’ve already suggested should be the Pokemon benchmark. With Scarlet & Violet taking inspiration from the open world of Legends: Arceus, perhaps some good caves are back on the menu. Until then, we will still have Paris. Uh, Rock Tunnel.

Next week I’ll arrive in Lavender Town, but since I can’t do much there yet, I’ll rush to Celadon City. I heard the gym was full of strong trainers!

Next: Lollipop Chainsaw Is “Back,” And Juliet Is The Hot Female Lead We Need